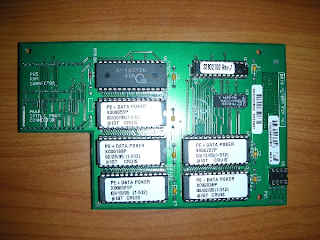 Its been a while since I did any major updates to the peplus driver, but recently I decided to tackle a hardware add-on for the machine.

The add-on is called a "wingboard" or daughterboard. Its purpose is to attach to a superboard pcb where you would normally place the CMOS RAM and DATA chips.

By adding this board you are then able to add a special 5-in-1 game support. With the proper PROGRAM chip installed, the machine will read all 5 DATA chips and display a special Multi-Poker menu.

This board functions similar to the 2 chip (non-wingboard) set XMP00006, but allows the user to swap out different chip sets instead of using the fixed list in the 2 chip set. 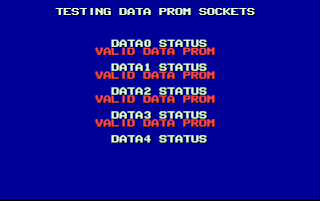 The first challenge with making the wingboard work in MAME was discovering how the board functioned. The problem lies with the small PAL chip located on the board that controls the logic of banking to the proper DATA chips. After tracing the board by hand, I figured out a basic schematic and determined that the board switches DATA chips via a CMOS DATA write to the address 0x1FFF. The value written to this address is captured by the PAL chip and used to enable the output of the appropriate DATA chip on the address and data lines. 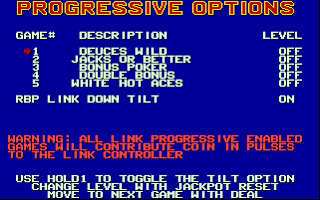 Once I understood how the wingboard worked, I added support to the peplus driver. Basically, I swap the internal superboard DATA region when address 0x1FFF is written.

Now that I had the game mostly working, I found that not all the graphics were painting correctly. This was due to the fact that the graphics chips are twice the size of any of the games I have added in the past. But I had to find what was triggering the machine to switch to the second half of the graphics chips and color proms. After some investigation, I found that there is a jumper on the superboard pcb (E16/E17) that controls the banking. This lead me to find that a bit on PORT3 is used to signal the machine to bank to the second half of the graphics. 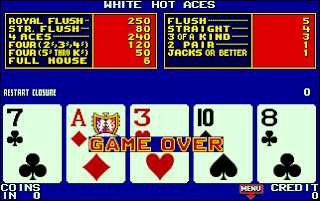 So after a little more cleanup, all things appear to be working fine. 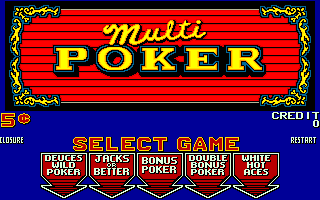